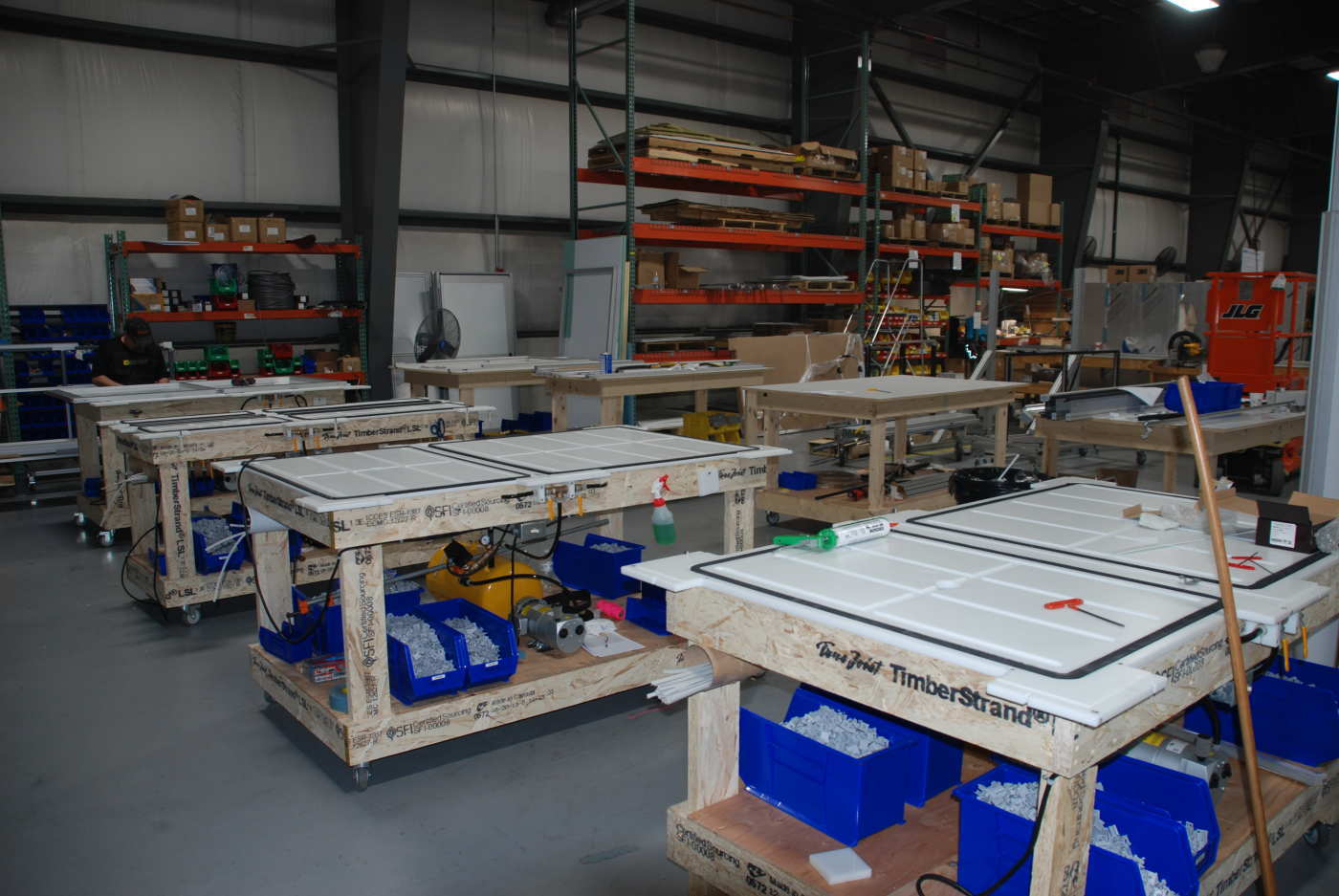 Find out why STARC is the obvious choice over other temporary barrier alternatives.

Learn more about the unique advantages of STARC’s RealWall™ and LiteBarrier™ systems.

Tim Hebert was always concerned about the amount of dust, debris, and the time he had to dedicate to temporary containment on his sensitive or patient occupied healthcare renovation projects. Tim saw an opportunity to create a much better solution than traditional drywall.  His concept was a modular, reusable temporary containment system that exceeded ICRA Class IV requirements, looked great, and was quick and quiet to install. With confidence in his idea, he founded STARC in 2012 and worked to create a business plan and patent.

Knowing that driving awareness through sales and marketing was crucial, Tim hired Chris MacKenzie, who brought significant sales experience.  By the end of the year, STARC Systems began shipping RealWall to leading healthcare institutions throughout the United States and ramped up production to meet increasing demand.

Given the growth and potential of the company,  Blue Heron Capital,  based in Richmond, VA, invested in STARC to support Tim’s plans to scale the company. To manage the company’s growth, Chris Vickers was hired as CEO, bringing senior leadership, product, and marketing experience.

RealWall continued to grow rapidly throughout the U.S. Later in the year, the company introduced its newest containment solution, LiteBarrier™, the most durable, best looking, and easiest to use solution in the lightweight containment category.

STARC is used across all 50 states and internationally with the leading construction firms in healthcare, as well as non-healthcare verticals such as commercial office, education, data centers, biotech, and government. None of these efforts would be possible without the incredibly dedicated team that we have working across the company. It is the team’s motivation and expertise that is enabling us to continue to evolve and grow as the nation’s leader in temporary containment.

As the world endured the arrival of COVID-19, and healthcare providers scrambled to manage skyrocketing caseloads, STARC found itself uniquely positioned to help. Our RealWall and LiteBarrier solutions, both of which exceed ICRA Class IV standards for infection control, were quickly adopted by proactive health systems, which leveraged STARC’s solutions to create Airborne Infection Isolation Rooms (AIIRs), anterooms and containment areas. In addition to being recognized for their infection control capabilities, RealWall and LiteBarrier were valued for their ease of installation, reconfigurability and unmatched durability.

For the second year in a row, STARC was recognized by Inc. magazine for being among the nation’s fastest growing manufacturing companies. It also ranked as one of 10 companies selected from a pool of 84 applicants to receive an award from the Maine Technology Institute’s Maine Technology Asset Fund 2.5. In addition, Manufacturing Today featured STARC for “leading the way” to help prevent the spread of COVID-19. Throughout the year, STARC accelerated its manufacturing efforts to ensure the availability of its solutions to health systems that required ICRA-compliant temporary containment.

As a leading manufacturer of high-quality temporary containment systems in the healthcare industry –as well as airports, data centers, universities and commercial office settings – STARC extended its track record for innovation this year by introducing a true, first-of-its-kind solution.

For the third year in a row, STARC was honored to be named to the Inc. 5000 list of fastest-growing private companies in America. The company ranked 1,449 on the list (#34 among manufacturers), achieving impressive growth of 327%.

Less than six months after its introduction, regulatory authorities started giving their approval to FireblockWall. The California Department of Health Care Access and Information (HCAI) and the Kansas Office of the State Fire Marshal accepted the first reusable one-hour fire-rated containment solution for occupied renovations. HCAI’s allowance applies to temporary construction barriers, when approved for a specific location, use and compliance.

Developed largely in response to customer feedback, STARC quickly followed up on the success of FireblockWall with the introduction of FireblockCap™, an accessory that eliminates the need for facility managers and contractors to build through the spaghetti above the ceiling – or construct a soffit to the deck – in order to meet code requirements during occupied renovations in healthcare settings.

For the fourth year in a row, we were named to the Inc. 5000 list of fastest-growing private companies in America. This year, STARC Systems ranked 2,998 on the list, achieving growth of 180% and ranking among 77 Repeat Honorees.