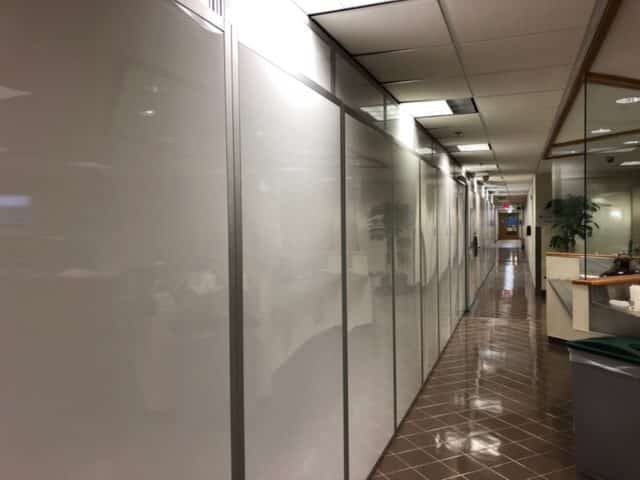 Find out why STARC is the obvious choice over other temporary barrier alternatives.

Keeping Dust and Contaminants at Bay During Hospital Cafeteria Renovation

Based in Minneapolis, RJM Construction has been providing commercial contracting services since 1981. RJM delivers on clients’ vision in ground-up construction and interior remodeling from concept to completion.

“We set up a temporary cafeteria with STARC walls, keeping the construction sound and debris away from the cooking area. It was very quick to put up.”
Brandon Abrahamson, Senior Project Manager, RJM Construction

Park Nicollet Methodist Hospital is one of the nation’s premier healthcare facilities and a valued RJM Construction client. When working in an occupied area, patient and staff safety is “always number one”, explained Brandon Abrahamson, RJM Construction Senior Project Manager. “Our containment walls must meet or exceed ICRA standards to keep dust and contaminants away from occupied areas.”

One of the most challenging projects at Methodist Hospital was the modernization of the facility’s main cafeteria.

“We completely renovated the entire cafeteria; 10,000 SF of space,” said Abrahamson. “To maintain food service we set up a temporary cafeteria while completing six different phases of construction to complete the project.”

In the past, RJM had built temporary drywall partitions for containment. Given the hospital environment, the partitions had to include insulation, sealed joints and paint for aesthetics. This process sometimes took RJM crews an entire day to prepare for a new phase. Also, it was becoming cost-prohibitive to put up and take down the partitions, which became waste after each phase.

With STARC Systems, temporary containment for each phase was put up in just a few hours.

“We set up a temporary cafeteria with STARC walls, keeping the construction sound and debris away from the cooking area,” said Abrahamson. “It was very quick to put up.”

RJM crews used STARC walls for all the construction phases of the main cafeteria remodel as well.

“With STARC walls it takes just two to three hours to move between phases,” said Abrahamson. “Plus, from a sustainability perspective, we can reuse the product for years on end.”

RJM Construction crews are now using STARC in markets outside of healthcare, where temporary partitions are required.

“In high traffic areas, such as the lobby of the bank, we put up STARC walls. That’s what visitors see first, a clean wall. No one knows there’s construction going on behind the walls.”

See How Much You Can Save with STARC Systems